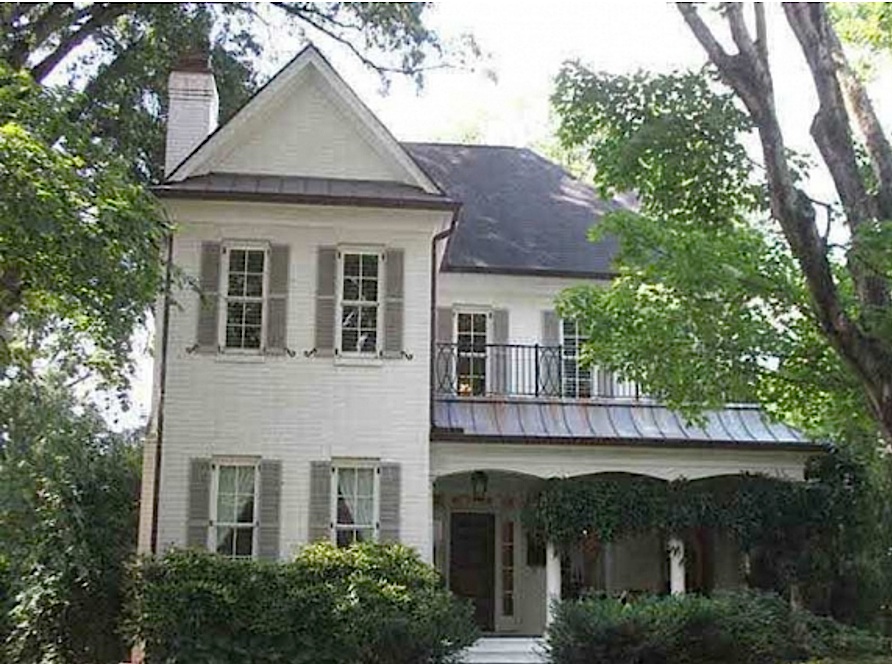 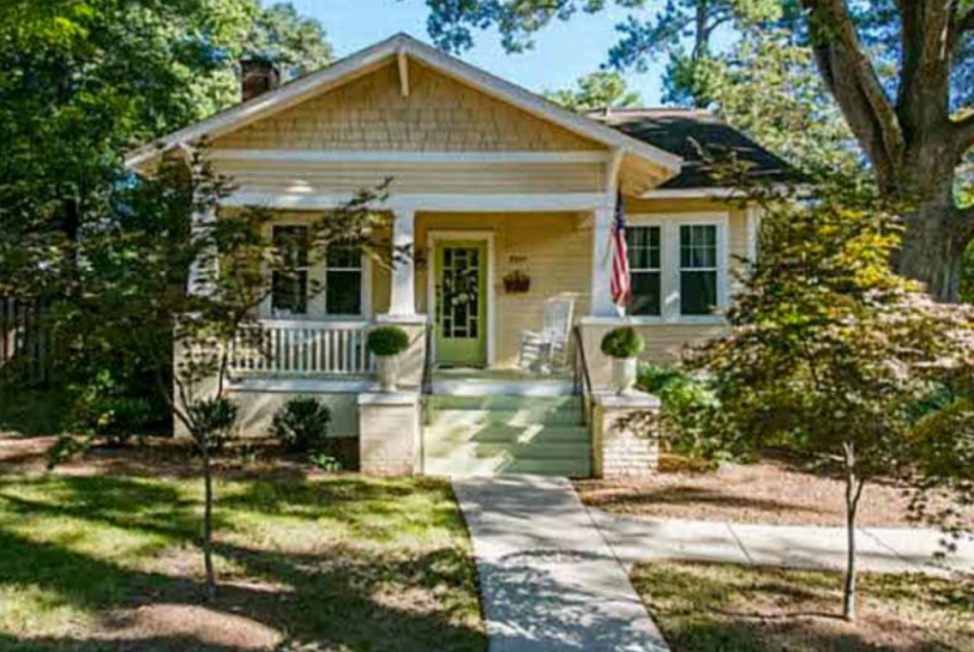 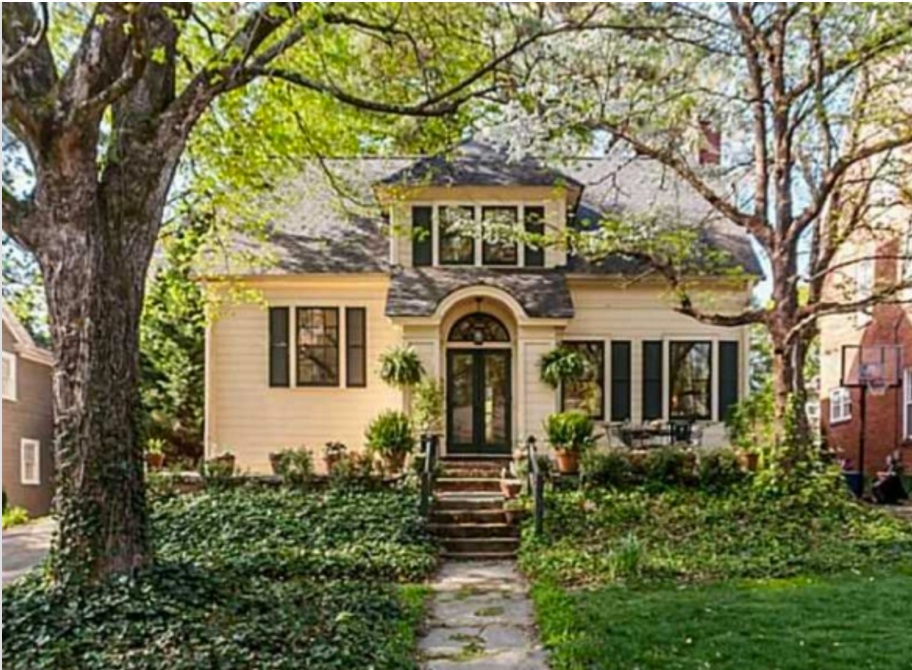 "No lot over three minutes walk from the car line," boasted ads for Bloomsbury

Early on, Bloomsbury attracted a mix of middle- and upper-middle-class whites. The earliest houses in Bloomsbury display a transition from the Queen Anne style that had been popular since the 1880s to a simplified Craftsman style that would dominate into the 1920s. The house at 1819 White Oak Road is an example, featuring the older-style two-story gable-front house with double-tier porch combined with the wide eaves and shingled siding typical of Craftsman style. As construction got into full swing in the 1920s, the bungalow house type dominated. Most Bloomsbury bungalows sport simple Craftsman elements like deep bracketed eaves and sheltering front porches. There is great variety among the bungalows, however, and some are substantial versions with large half-stories under a gable roof and porte-cocheres extending to one side from the porch. Others houses feature a simplified version the Colonial Revival style that was popular in the large houses of nearby Hayes Barton. Where the Hayes Barton houses were commodious brick versions with Georgian fanlights over imposing front doors, Bloomsbury's Colonial Revivals tended to be modest frame two-story houses or even bungalows with Colonial Revival entry porches.

When local developer James Pou Jr. platted the Bloomsbury neighborhood in 1914, he highlighted Bloomsbury's connection to the street car: "No lot over three minutes walk from the car line," boasted advertisements. In the late 1910s and even more so in the 1920s, middle- and upper-middle-class residents bought houses on Bloomsbury Circle, Alexander Road, White Oak Road, Fairview Road, and Glenwood Avenue. Residents worked as life insurance agents, meat cutters, doctors, railroad flagmen, and roofers. As early as the 1920s, however, the automobile became more affordable and Bloomsbury residents and buyers used autos as well as the streetcar to get downtown from their suburban houses. Detached garages proliferated and the streetcar was gone by the mid-1930s.

Housing construction in Bloomsbury slowed to a trickle in the 1930s, thanks to the Great Depression, but much of the neighborhood had already been built out by then. In the several years following World War II, houses finally went up on the last empty stretches in the northeast corner of the development. The modest dwellings built in Bloomsbury after World War II reflect the country's emergence from a shortage of materials and a desperate need for housing: these houses are simply detailed versions of the elaborate period revivals of the 1920s.

Like many in-town neighborhoods, Bloomsbury was briefly unpopular in the 1970s, but before the turn of the twenty-first century, the neighborhood regained its vitality. Many houses have been updated and expanded.