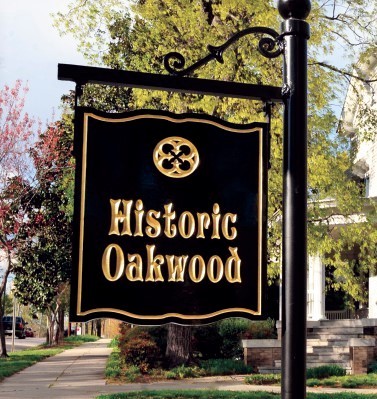 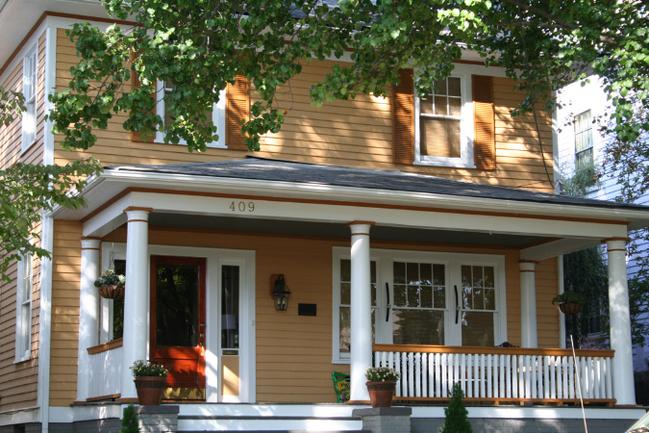 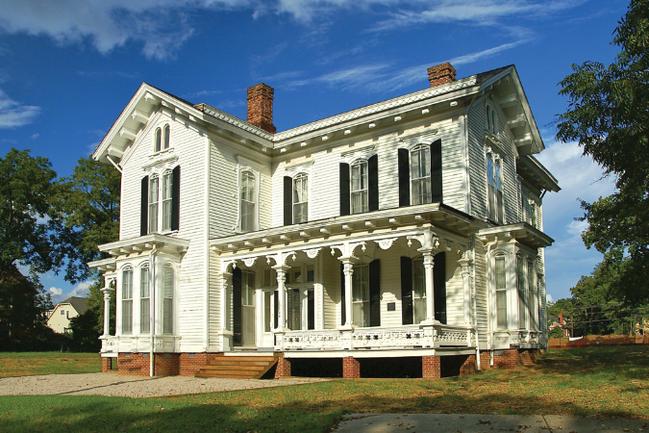 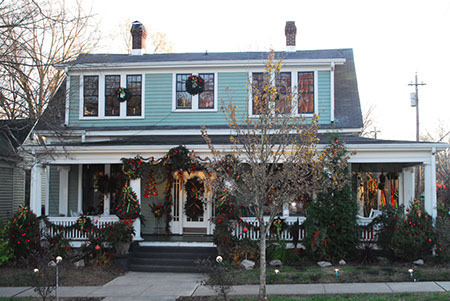 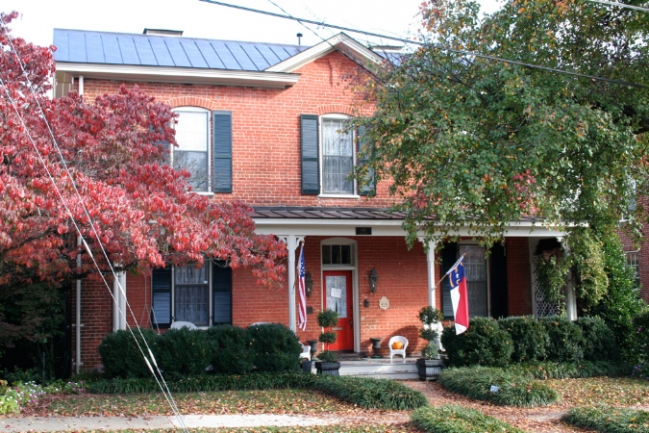 Oakwood is a large neighborhood teeming with architectural interest. Although the street plan is a strictly linear grid system, blocks and individual parcels vary in size and shape. Oakwood's rolling topography adds to the diversity of the landscape, and the architectural variety of the Victorian period combined with the emerging new styles popular in the early twentieth century create a visually vibrant district.

Later infill brought the bungalow, the foursquare, Craftsman style, and the Minimal Traditional house to Oakwood. Along Bloodworth Street north of Polk Street stand examples of a Craftsman bungalow, a simpler front-gabled bungalow, and a Minimal Traditional house with Colonial Revival details. Around the corner on Polk Street, west of Bloodworth, is another lovely Craftsman bungalow with stone accents and a deep, sheltered front porch.

As the population grew, the neighborhood pushed beyond the city limits. Vernacular houses went up, like the Triple-A cottages found at the south end of Elm Street and on Jones Street where Elm Street terminates. Though much smaller than Oakwood's earlier houses, these dwellings blended well with the developing streetscape, matching the setbacks of the earlier houses and featuring similarly scaled front porches.

Development continued through the first decades of the twentieth century, evidenced by popular architectural styles found mixed with Victorian styles. In the late 1960s and 1970s, the neighborhood went through a period of decline as white families moved to newer suburbs north and west of the band of early twentieth-century suburbs. When plans for a highway threatened to split Oakwood in two, residents turned to the relatively new historic preservation tools now at their disposal, listing Oakwood as both a National Register of Historic Places District and a Local Historic District. The highway that was to bisect Oakwood was scrapped.

Since its designation as a Local Historic District, Oakwood has seen a healthy amount of new construction meeting design guidelines on previously empty parcels and on newly subdivided sections, like the site of local floral company Fallon's flower greenhouses at the east edge of the district, adjacent to the Victorian-era Oakwood Cemetery. The neighborhood is once again vibrant and stable.