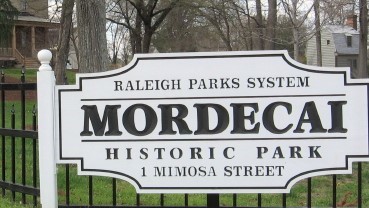 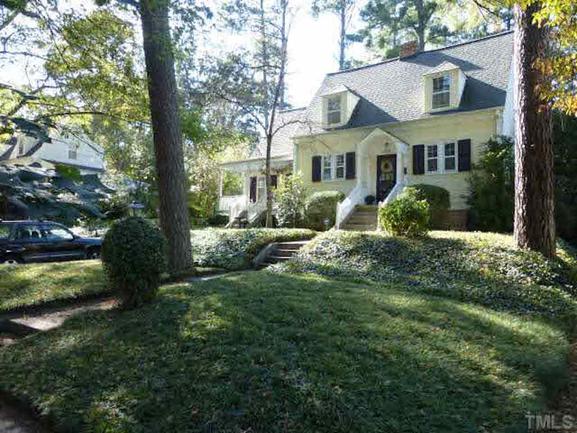 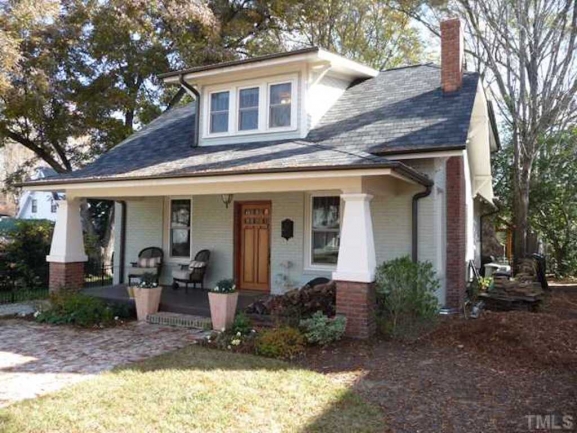 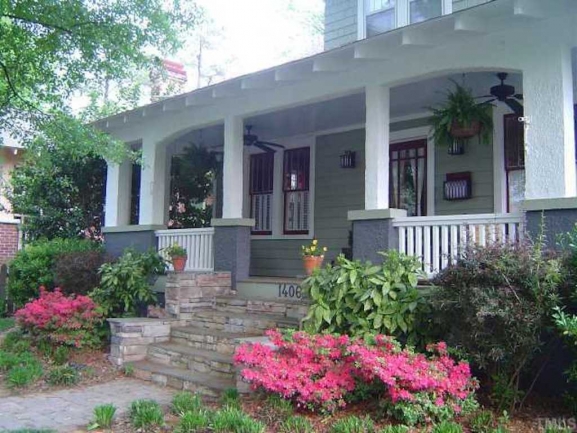 Mordecai Place, like Raleigh's other early twentieth-century suburbs, occupies land that had been part of an antebellum plantation. The original plantation house, built in the eighteenth century and heavily altered in the Greek Revival style around 1824, survives and is open to the public as a house museum at Mordecai Historic Park. The early suburb that developed on sold and subdivided plantation land features a rich variety of the architectural styles popular in the first decades of the twentieth century, including the prolific Colonial Revival houses and Craftsman bungalows as well as the romantic revival styles like Tudor Revival, Dutch Colonial Revival, Spanish Mission Revival, and Italian Renaissance Revival. There are also a few examples of a more typically rural vernacular style, the two-story, side-gabled dwelling known as an I-house. Towards the middle of the twentieth century, smaller Cape Cods and Minimal Traditional houses were built.

The neighborhood's most impressive houses, naturally, stand on large parcels nearest the grand Mordecai House. These are large Colonial Revival and Georgian houses with brick exteriors and were likely architect-designed. Bungalows are the most common house type in the neighborhood, and many feature the Craftsman detailing so strongly associated with the house type.

Joel Lane built the Mordecai House 1785 for his son Henry; the house takes its name from Moses Mordecai, who married into the Lane family and initiated the ca. 1824 addition and alterations that yielded the Greek Revival dwelling that survives today. Beginning in 1916, land south of the house was sold and subdivided for residential development. Brick houses, often in the Colonial Revival style, filled these early parcels.

When Martha Mordecai sold a larger parcel north of the house to real estate developers Dan and Frank Allen in 1922, she made multiple stipulations that shaped the residential development. She directed that the neighborhood be named in honor of the plantation, suggesting the name Mordecai Place. She mandated that whites only live on most of the land, but reserved about eighteen acres near the railroad that could either be sold for residences for African Americans or used for factories. Deed restrictions prohibiting African Americans from living on the land were common in this period and created the segregated housing patterns that persist today.

Dan Allen, one of Raleigh's most prolific real estate developers of the period, created a neighborhood on a modified grid plan that followed the topography of the Mordecai land. Streets in the platted area took their names from Mordecai family members and from trees on the plantation. The neighborhood developed quickly and became a stable middle-class enclave.

A quirky building type also exists in Mordecai Place, reflecting the rise in automobile ownership in the 1920s. The Gables Motor Lodge, established around 1925 by William and Ella Johnson, is a Tudor Revival motel that capitalized on the increasing tourist traffic on Old Wake Forest Road, also designated as U.S. Route 1. The main lodge building has a residential appearance, blending with the residential neighborhood.