Creedmoor is a small town packed with southern flare and a charming history in Granville County, roughly twenty-five minutes from Wake Forest. Creedmoor was founded as a result of multiple railroad companies expanding to outer, suburban edges of the growing towns of Durham and Wake Forest. Two keen railroad companies searched for sizeable land for a new railroad depot in the late 1880s: the Oxford and Clarksville Railroad Company, and the Raleigh and Gaston Railroad Company. These railroads lead to the development of a post office and a formal voting place in 1887; though, the town wasn't officially incorporated until 1905.

The success of these two companies brought along two more: the Durham and Northern Railroad Company and a new connection point with the Seaboard Air Line Railroad. These linked Creedmoor's land to Durham and Henderson, which allowed for a crucial increase in population. There is still a 120 year old train depot building still standing along Creedmoor's quaint Elm Street.

As Creedmoor grew, its agriculture scene became lush with tobacco, leading to the town being dubbed "Mule Town" as more and more mules arrived to service the fields as they were easier to work with than horses. Approximately forty train cars filled with mules were sent to Creedmoor annually. Creedmoor was even considered to be the largest trading center for mules in the world. These ideal farm animals played an important role as Creedmoor entered the prominent tobacco era of the 1900s, allowing for immense profit and development.

Though Creedmoor is still one of the smaller towns on the edge of Wake County, it has experienced more new construction in recent years. It's location can be fantastic for those that love the outdoors. Residents are only ten minutes from Falls Lake and Beaver Dam Lake. About another ten minutes will lead residents to the popular parks found in Wake Forest. There is also the Sandling Beach Recreation Area, Cedar Creek Gallery, and Ledge Creek Forest Conservation Area within ten minutes of Creedmoor's quaint downtown area. 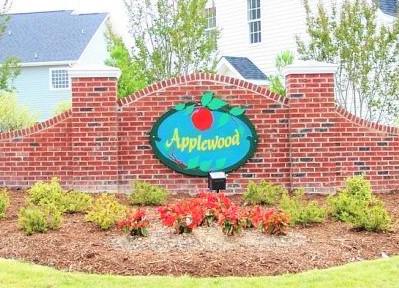